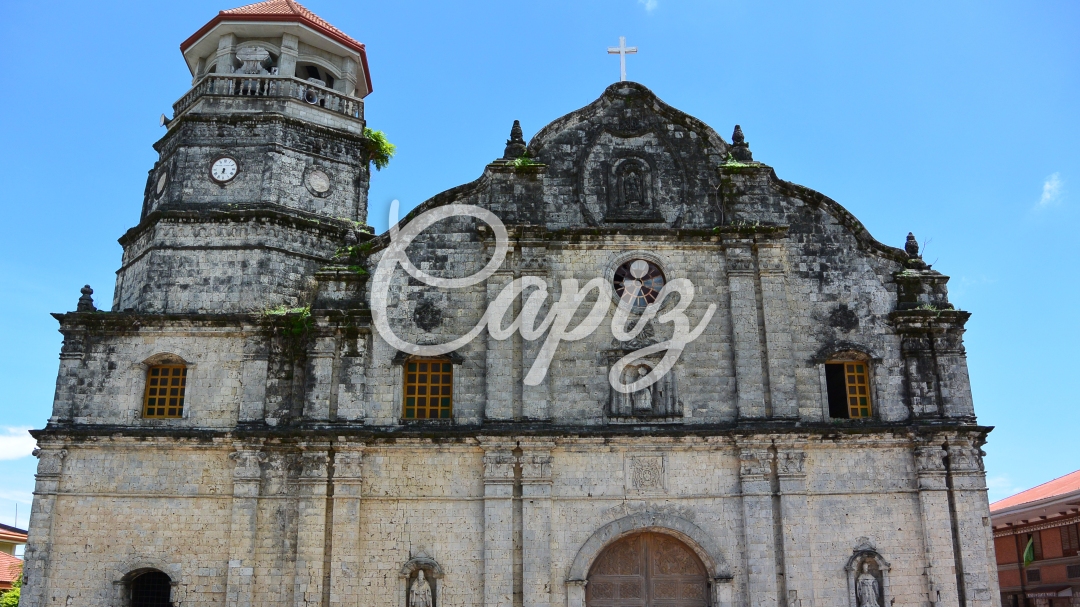 The Capiz Province got its name because they are famous for capiz shells which are being used for windows during the Spanish colonization and now it is famous for the use for good quality Christmas lanterns (parol). Capiz shells are also used as wind chimes and other products. 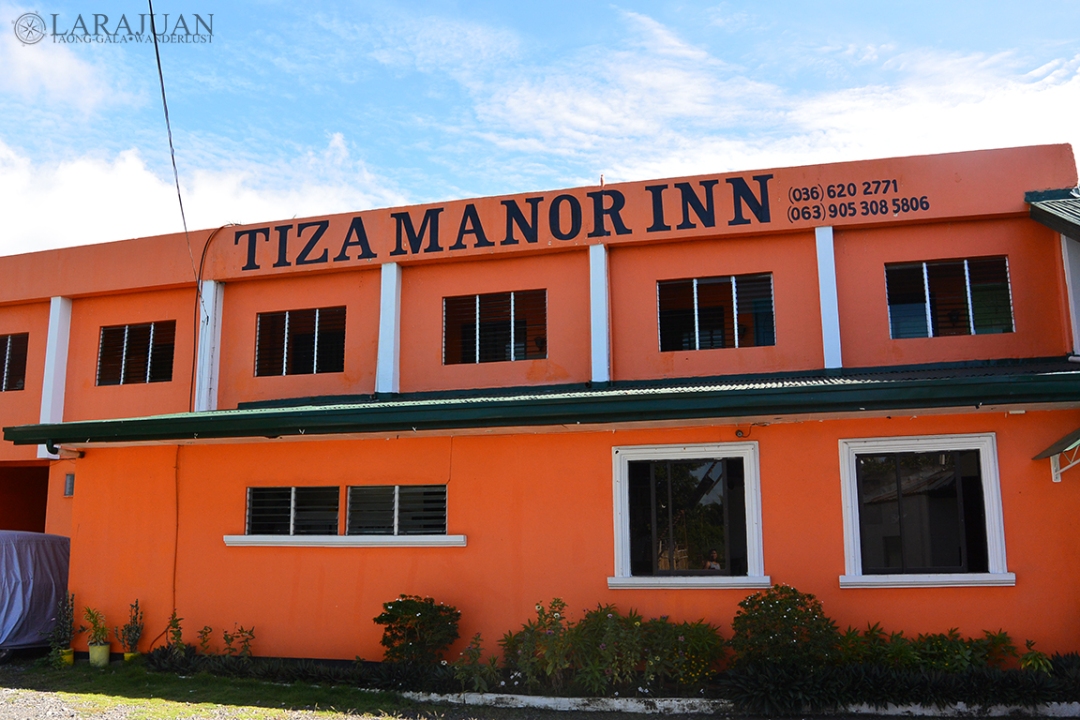 It is not as glamorous as it seems, because it also doubles as a short-time motel, we do not care as long as it provides a cheap accommodation with at least decent room to sleep. It is located at Tambis St., Brgy. Tiza, Roxas City, Capiz. We were able to book for a night through Agoda for PH₱500 for a night, a lot cheaper when you walk-in (costs PH₱615/night). From Roxas City Terminal to Tiza Manor, we rode a tricycle and has cost us PH₱70. Medyo may kamahalan, I don’t know if they have charged us too high for a provincial rate. The room is not bad, it is actually big for two people with aircon, 14-inch picture-tube TV with cable, and a bathroom with no shower (use tabo and timba/ dipper and pale).

I was so tired from caving in Islas de Gigantes to our travel to Roxas City that I didn’t want to go out of our inn. Fortunately, they serve meals and decided that we just eat there. I ordered cornsilog, my friend RJ ordered tapsilog and adobo meal. A meal costs PH₱70 to 90 which is not bad. 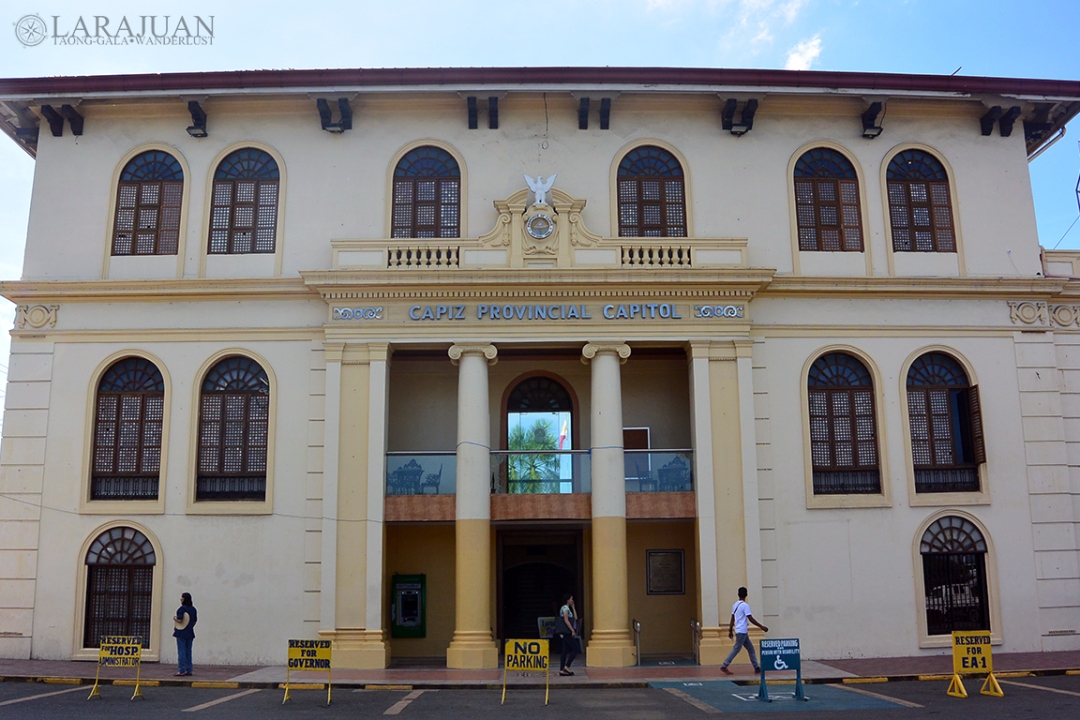 From Tiza Manor Inn, we walked a little to reach the main road where you can wait for a tricycle and get to your destination. From Tiza to Roxas downtown costs PH₱10 each. The Capiz Provincial Capitol Building, Roxas City as you can notice, the windows are made from capiz shells which they are famous for. Roxas was previously known as Municipality of Capiz before it became a city and change its after the 5th President of the Philippines, Manuel A. Roxas who is also a local of the city. Roxas City is also known to be the Seafood Capital of the Philippines due to the abundance of different seafood that you can buy and eat in the city. 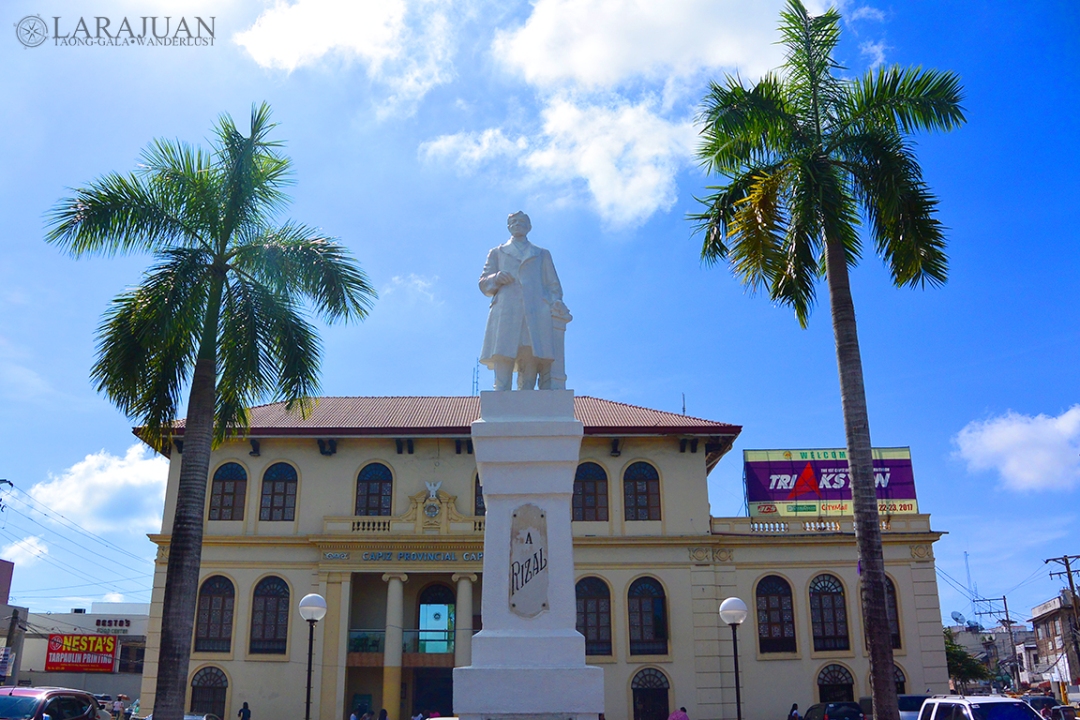 In front of the Capiz Provincial Capital is the monument of Rizal in between of two palm trees that gives a tropical vibe and very photogenic.

Just beside the Capiz Provincial Capitol is the Immaculate Concepcion Metropolitan Cathedral which was built in 1877 and reconstructed in 1954. We just said a little prayer and wished for it is believed that if it’s your first time in a church, you can say your wish and it will come true. 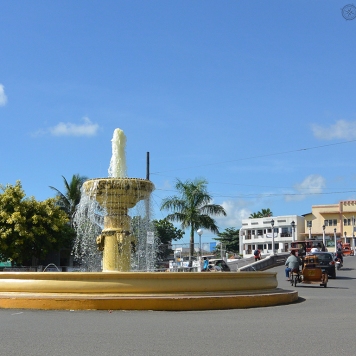 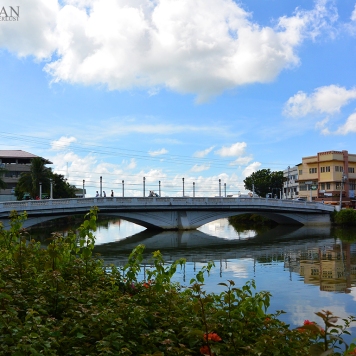 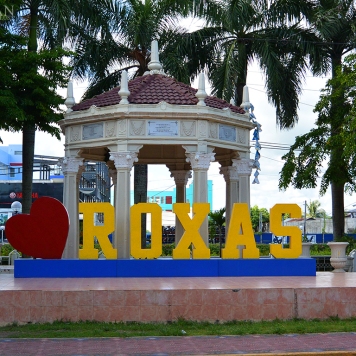 Best things in life are free, and just in front of the cathedral are these nice places in Roxas City which you can take a selfie with too. 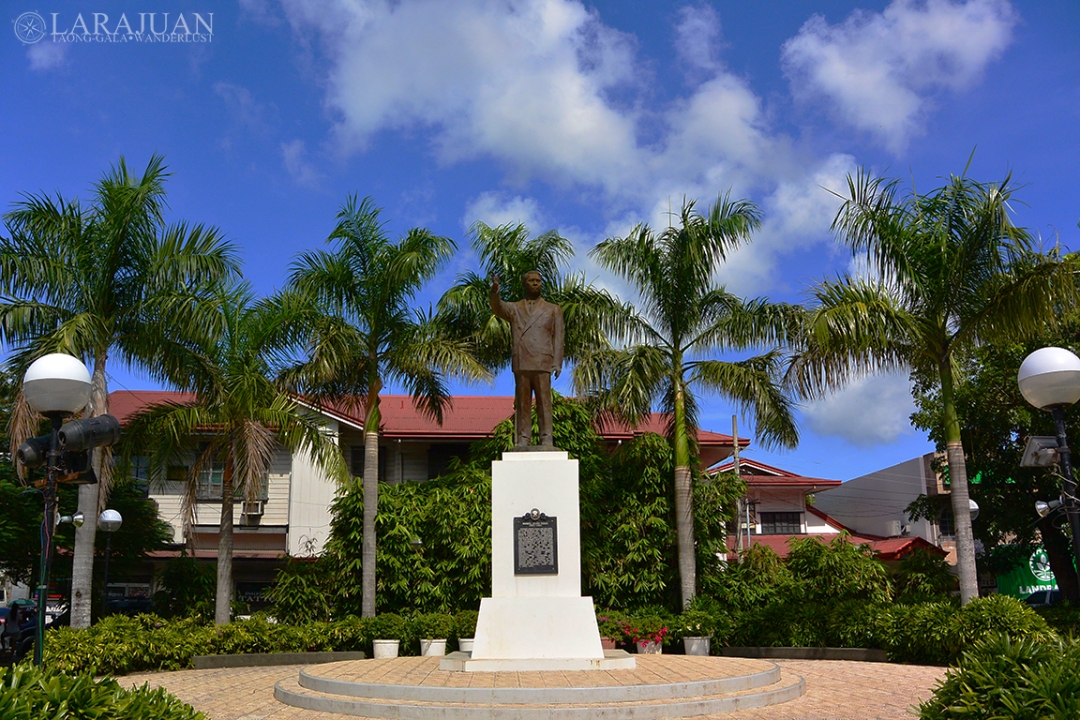 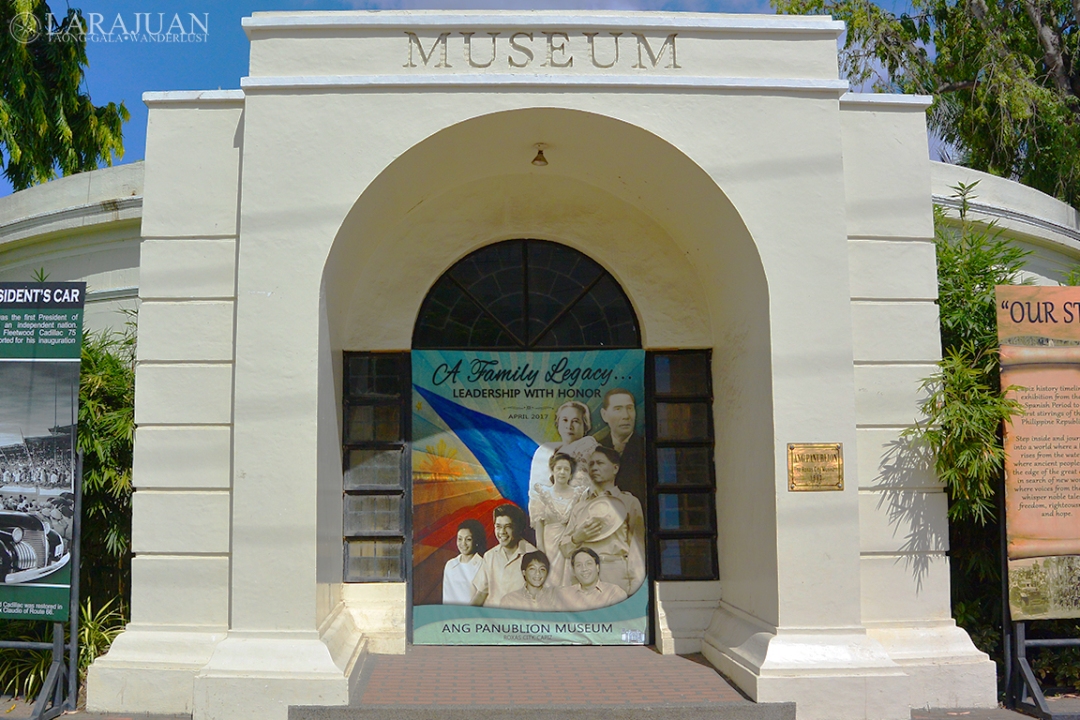 The Panubli-on Museum is dedicated to the relics and stuff used by the late President Manuel A. Roxas. One side is dedicated to the historical accounts gathered in the province of Capiz and nearby provinces. The museum is open every Tuesdays to Fridays 9am to 6pm, and Saturdays and Sundays 9am to 5pm. It is closed every Mondays. The entrance to the museum is free but visitors may donate to provide funding for the maintenance of the museum. 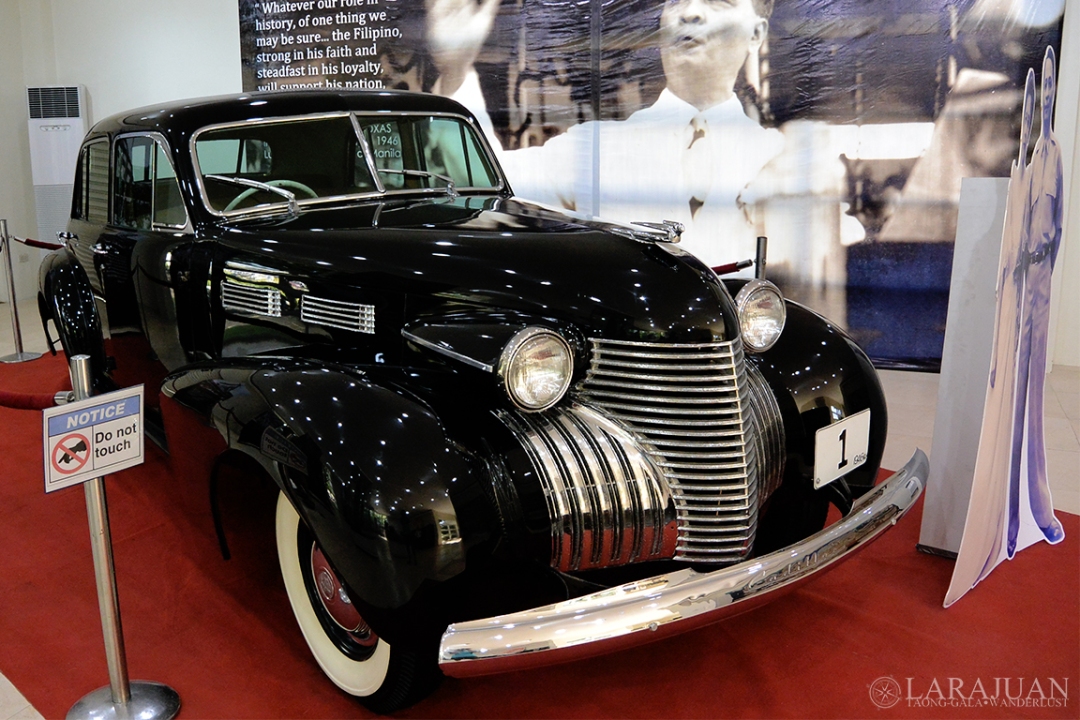 One of the must-see in the museum is the Cadillac presidential car of Manuel A. Roxas that was even imported and shipped to the Philippines. You can notice that the presidential car is a right-hand drive even though our country is left-hand drive. That is one expensive car for a president who stayed in power for just two years. 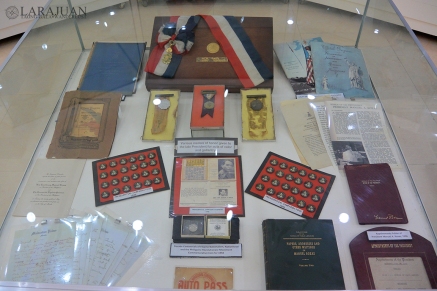 Campaign materials and other awards of Roxas 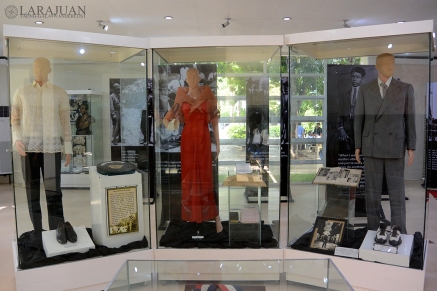 Clothes worn by Roxas and his wife 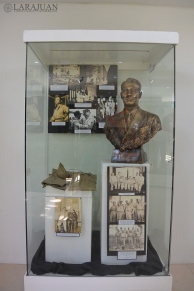 The designated side for Manuel A. Roxas has history telling printed on board to be read by the visitors and some of his military clothes, barong tagalog, and suit he has worn are on display. There are also some campaign materials he has used and some awards he has received. 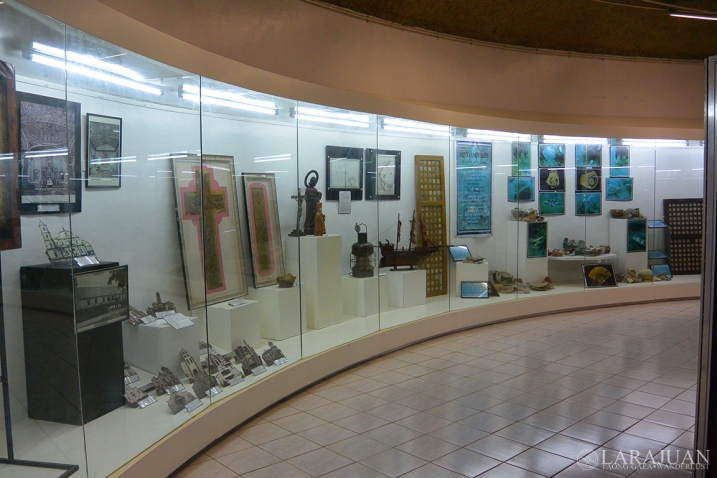 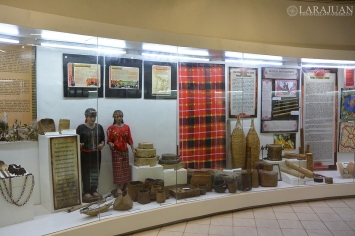 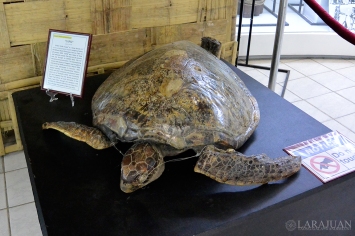 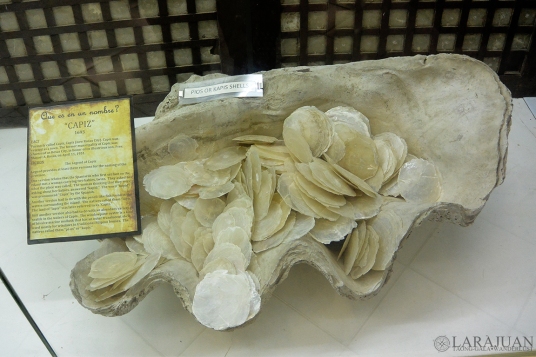 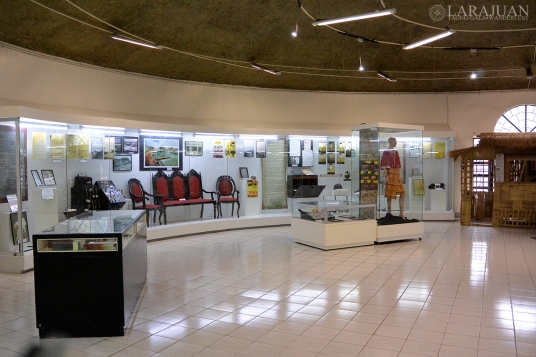 The other side of the museum is dedicated for the historical artifacts of the province. One of the displays are the capiz shells whic explains where they came from; capiz shells come from the oyster shells. 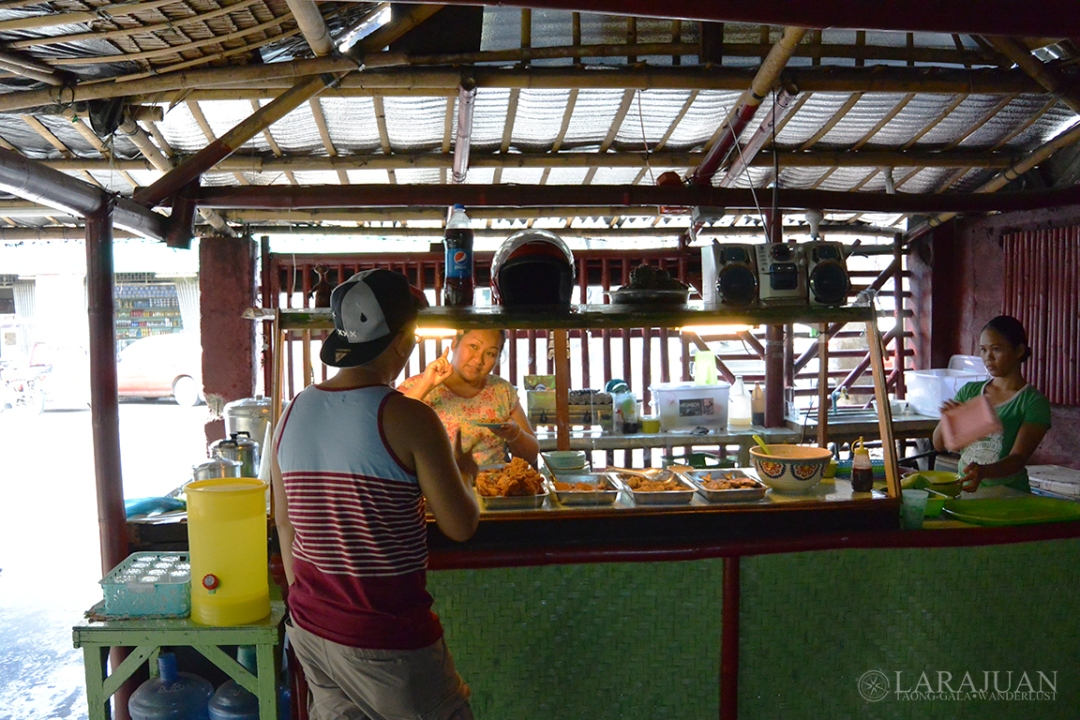 To save money, we just ate at a karinderia (eatery) we just happen to pass by walking going to Roxas ancestral house from the Panubli-on Museum. We get to have our lunch for only PH₱50 per meal. As the saying goes, eat where the locals eat! Joke lang, wala na talagang pera kaya sa karinderia na. Hahaha!

Birthplace of Manuel A. Roxas and Ancestral House 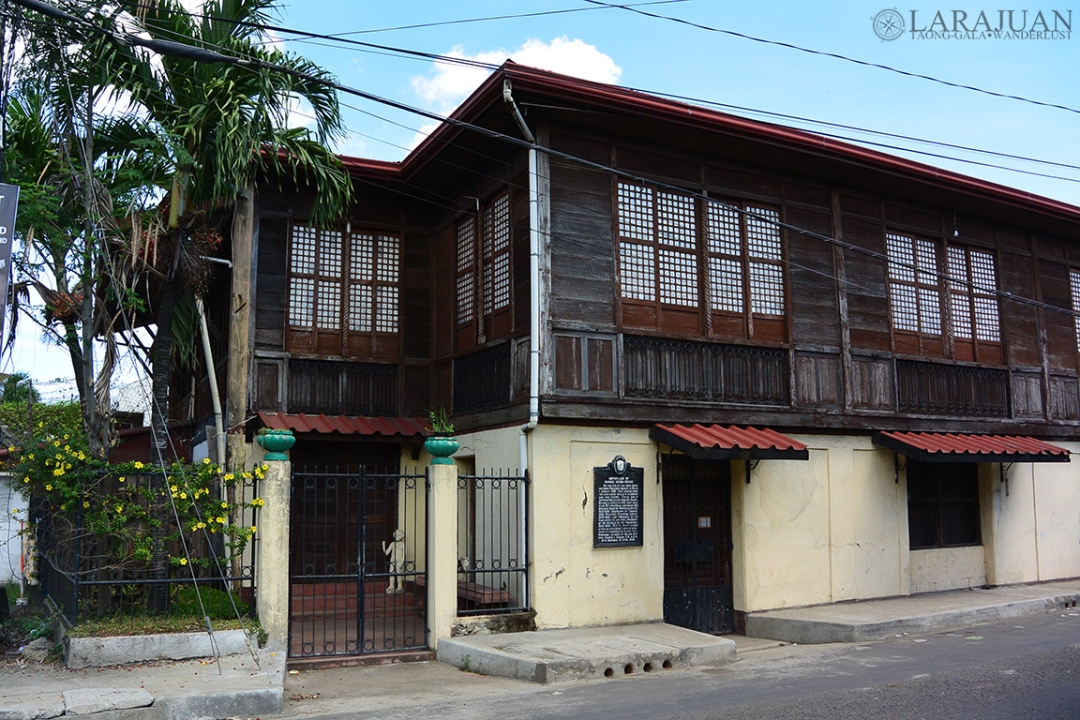 The Manuel A. Roxas birthplace and ancestral house is located at Rizal St. corner Zamora St., Roxas City. The house/museum is closed most of the time and you must ask the water station adjacent to the house along Rizal St. and they’re the ones who will call the caretaker to let you in the house for a fee, it costs PH₱50 for the entrance fee.

Inside the birthplace of Roxas, there are some original furniture that were used by the family of Roxas and some were just replicas to rebuild the old image of the house. There are only few visitors in the house (according to the logbook) maybe because of the difficulty to find the caretaker first before you can enter the house. That’s a challenge for those who will visit Roxas City, be able to enter the birthplace of Manuel A. Roxas.

From the city proper, you can ride a tricycle to Baybay Beach just near the People’s Park for PH₱10 each. Baybay Beach’s sand is grayish in color and you can take a dip in the waters if you have your swimming outfit with you. You can also enjoy the view of the single island from afar at the beach while enjoying the sun, the sand, and the sea.

One of the must-try in Roxas City is the Seafood Karekare of Reese’s. It tastes like real karekare, it’s just that the meat is replaced by seafood like shrimp, mollusk, squid, crab, etc. It is quite different from the seafood karekare that I have tried at Gerardo’s in Tagbilaran City, Bohol. The regular order of seafood karekare is PH₱250 good for 3 to 4 persons, but since we’re just who’re going to eat, we were only charged for PH₱200 because they reduce the serving size. A cup of rice costs PH₱15, and a bottle of Coke is only PH₱20. 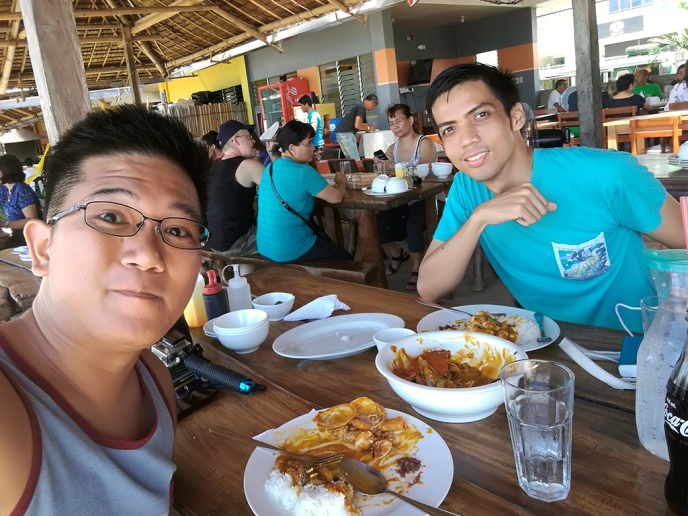 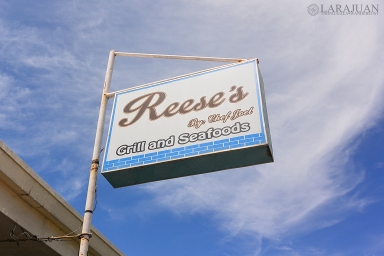 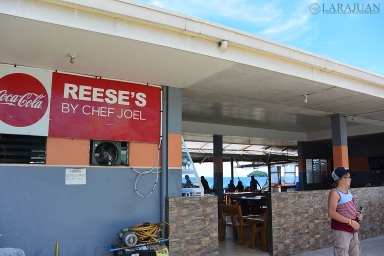 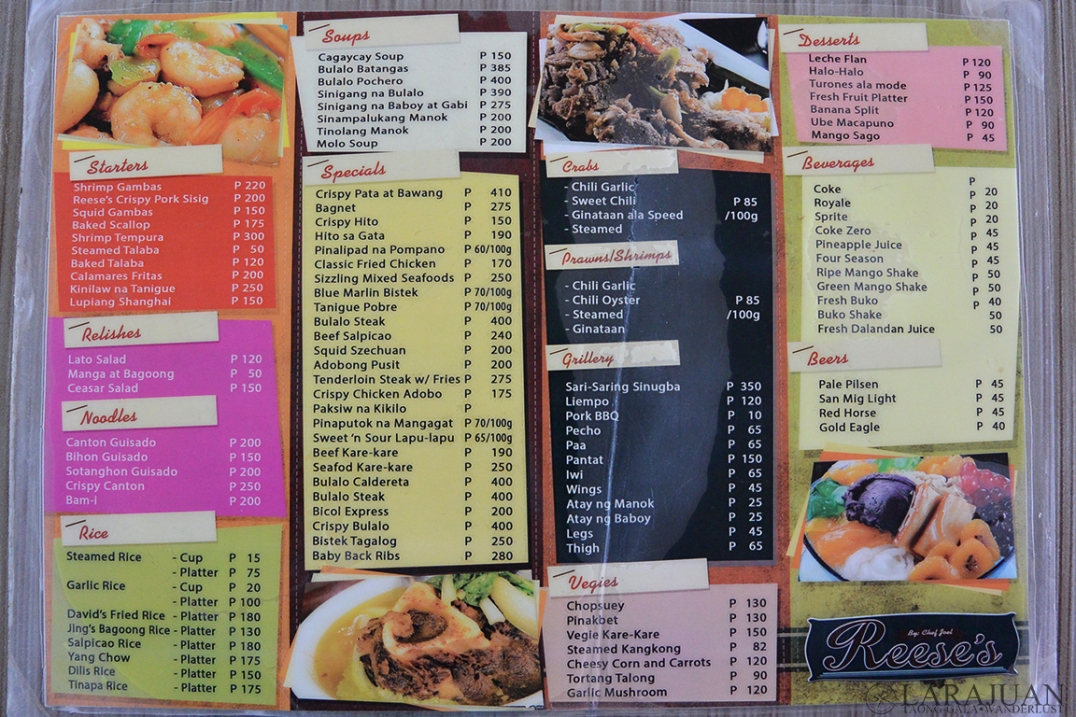 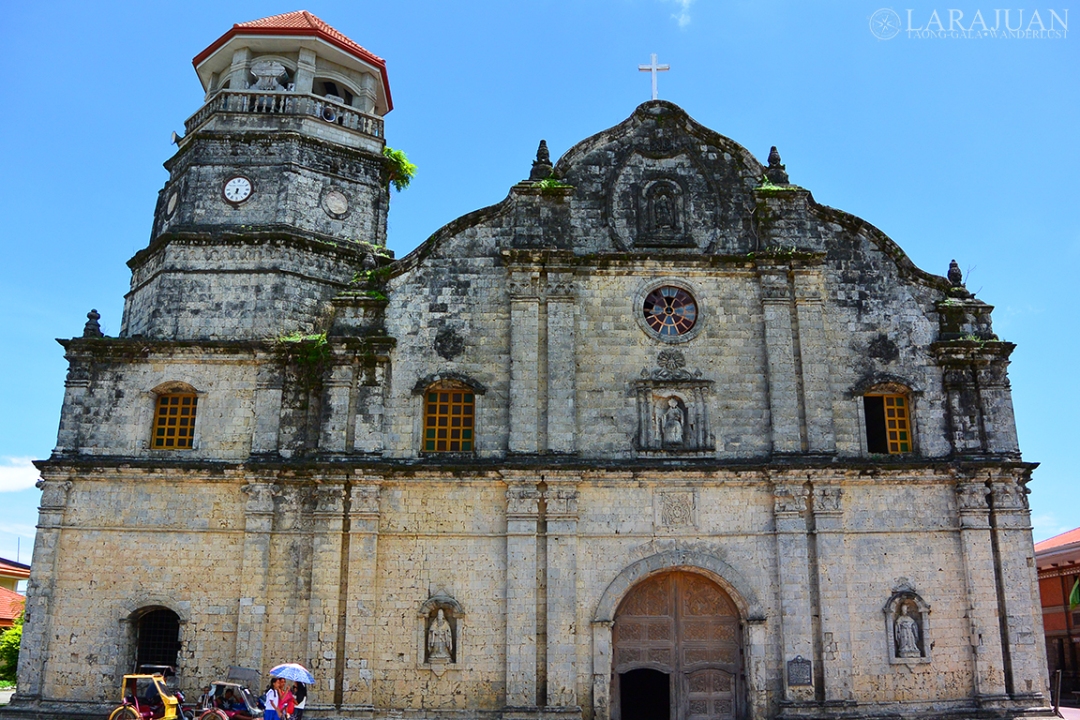 The Sta. Monica Parish Church (also called Panay Church) in Panay, Capiz is the oldest church in the island Panay and was built in 1771 by Miguel Murguia. The church is unique because the walls are built with coral blocks and used eggs to adhere these corals to each other. From Roxas City to Panay, we hired a tricycle to service us for PH₱150 round trip.

The Panay Church is famous for its large bell, it is also the largest bell in the country. It was casted by Juan Reina in 1884. They have a replica of the bell beside the Sta. Monica Museum which located at the ground floor and have picture with. Or you can visit the real bell at the bell tower but you need to ask for permission and assistance to the tourism officer at the museum to assist you going up the tower. It is way better to see the real thing than the replica. But the replica will do if you cannot find the tourism officer.

We had our flight back to Manila at around 5pm. We paid PH₱150 for terminal fee. I missed my home after the 4-day travel in Panay Island. But the travel was fun and memorable. The homesickness was worth-it. I needed to get back to work and recover from the expenses I have spent from Taiwan and Panay Travel.

Like my FB page http://www.facebook.com/taonggalaofficial View all posts by Gian Mangcucang